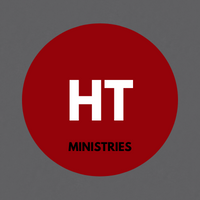 23 Jesus said, “Your brother will be raised up.”

24 Martha replied, “I know that he will be raised up in the resurrection at the end of time.”

25-26 “You don’t have to wait for the End. I am, right now, Resurrection and Life. The one who believes in me, even though he or she dies, will live. And everyone who lives believing in me does not ultimately die at all. Do you believe this?”

27 “Yes, Master. All along I have believed that you are the Messiah, the Son of God who comes into the world.”

28 After saying this, she went to her sister Mary and whispered in her ear, “The Teacher is here and is asking for you.”

29-32 The moment she heard that, she jumped up and ran out to him. Jesus had not yet entered the town but was still at the place where Martha had met him. When her sympathizing Jewish friends saw Mary run off, they followed her, thinking she was on her way to the tomb to weep there. Mary came to where Jesus was waiting and fell at his feet, saying, “Master, if only you had been here, my brother would not have died.”

33-34 When Jesus saw her sobbing and the Jews with her sobbing, a deep anger welled up within him. He said, “Where did you put him?”

37 Others among them said, “Well, if he loved him so much, why didn’t he do something to keep him from dying? After all, he opened the eyes of a blind man.”

38-39 Then Jesus, the anger again welling up within him, arrived at the tomb. It was a simple cave in the hillside with a slab of stone laid against it. Jesus said, “Remove the stone.”

The sister of the dead man, Martha, said, “Master, by this time there’s a stench. He’s been dead four days!”

40 Jesus looked her in the eye. “Didn’t I tell you that if you believed, you would see the glory of God?”

They removed the stone. Jesus raised his eyes to heaven and prayed, “Father, I’m grateful that you have listened to me. I know you always do listen, but on account of this crowd standing here I’ve spoken so that they might believe that you sent me.”

43-44 Then he shouted, “Lazarus, come out!” And he came out, a cadaver, wrapped from head to toe, and with a kerchief over his face.

Jesus told them, “Unwrap him and let him loose.”

The Man Who Creates God-Signs

45-48 That was a turning point for many of the Jews who were with Mary. They saw what Jesus did, and believed in him. But some went back to the Pharisees and told on Jesus. The high priests and Pharisees called a meeting of the Jewish ruling body. “What do we do now?” they asked. “This man keeps on doing things, creating God-signs. If we let him go on, pretty soon everyone will be believing in him and the Romans will come and remove what little power and privilege we still have.”

49-52 Then one of them—it was Caiaphas, the designated Chief Priest that year—spoke up, “Don’t you know anything? Can’t you see that it’s to our advantage that one man dies for the people rather than the whole nation be destroyed?” He didn’t say this of his own accord, but as Chief Priest that year he unwittingly prophesied that Jesus was about to die sacrificially for the nation, and not only for the nation but so that all God’s exile-scattered children might be gathered together into one people.

53-54 From that day on, they plotted to kill him. So Jesus no longer went out in public among the Jews. He withdrew into the country bordering the desert to a town called Ephraim and secluded himself there with his disciples.

We hope you enjoy this message remembering 09/11. Today we unpack John 11, so we can observe how Jesus deals with tragedy. We will all experience dark times throughout our lives, and Jesus reveals how we can persevere when life gets hard.

Please connect with us if we can help you take the next step on your spiritual journey. You can reach us at .