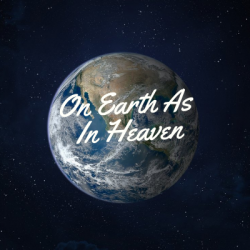 Parable of the unforgiving servant

21 Then Peter said to Jesus, “Lord, how many times should I forgive my brother or sister who sins against me? Should I forgive as many as seven times?”

22 Jesus said, “Not just seven times, but rather as many as seventy-seven times.[a] 23 Therefore, the kingdom of heaven is like a king who wanted to settle accounts with his servants. 24 When he began to settle accounts, they brought to him a servant who owed him ten thousand bags of gold.[b] 25 Because the servant didn’t have enough to pay it back, the master ordered that he should be sold, along with his wife and children and everything he had, and that the proceeds should be used as payment. 26 But the servant fell down, kneeled before him, and said, ‘Please, be patient with me, and I’ll pay you back.’ 27 The master had compassion on that servant, released him, and forgave the loan.

28 “When that servant went out, he found one of his fellow servants who owed him one hundred coins.[c] He grabbed him around the throat and said, ‘Pay me back what you owe me.’

29 “Then his fellow servant fell down and begged him, ‘Be patient with me, and I’ll pay you back.’ 30 But he refused. Instead, he threw him into prison until he paid back his debt.

31 “When his fellow servants saw what happened, they were deeply offended. They came and told their master all that happened. 32 His master called the first servant and said, ‘You wicked servant! I forgave you all that debt because you appealed to me. 33 Shouldn’t you also have mercy on your fellow servant, just as I had mercy on you?’ 34 His master was furious and handed him over to the guard responsible for punishing prisoners, until he had paid the whole debt.

35 “My heavenly Father will also do the same to you if you don’t forgive your brother or sister from your heart.”

Parable of the net

47 “Again, the kingdom of heaven is like a net that people threw into the lake and gathered all kinds of fish. 48 When it was full, they pulled it to the shore, where they sat down and put the good fish together into containers. But the bad fish they threw away. 49 That’s the way it will be at the end of the present age. The angels will go out and separate the evil people from the righteous people, 50 and will throw the evil ones into a burning furnace. People there will be weeping and grinding their teeth.

Parable of the mustard seed

31 He told another parable to them: “The kingdom of heaven is like a mustard seed that someone took and planted in his field. 32 It’s the smallest of all seeds. But when it’s grown, it’s the largest of all vegetable plants. It becomes a tree so that the birds in the sky come and nest in its branches.”

Parable of the yeast

33 He told them another parable: “The kingdom of heaven is like yeast, which a woman took and hid in a bushel of wheat flour until the yeast had worked its way through all the dough.”

Together, we’ll lean into the intended diversity of God’s Kingdom and learn from Jesus’ teaching about what the Kingdom of Heaven is like and how it offers a blueprint for a life of radical love today.

What comes to mind when you hear the term “heaven on earth”? What would it look like for you? Your community? The Church?

God’s Kingdom was designed to be radically inclusive and diverse – on earth as it is in Heaven. In today’s message, we unpack Matthew 18:21-35, Matthew 13:47-50, and Matthew 13:31-33. When anyone says you should do this or try this, a typical response is, “what’s it’s like.” When it comes to the Kingdom of Heaven, Jesus gives many examples of what it’s like and what he means by on earth as in Heaven. In today’s message, we will unpack several of these parables and discover how our lives as Kingdom people should be a preview of Heaven.

Below is the video for the bumper video and audio-only of the live service for today.